KCE provides Pennsylvania banking, real estate, and legal professionals, as well as commercial and industrial property owners and developers sound answers to today’s challenging environmental issues.  We approach everything we do, from Phase I Environmental Site Assessments to the design and implementation of remediation systems, as a unique challenge.  Our mission is to provide you with the best environmental risk management tools for your site in a professional and cost-effective manner.  Our success depends on the completion of your deals, and the protection of your interests.  We know how to help you manage your risk and still close the deal.

KCE delivers environmental solutions in a time and cost-effective manner because Pennsylvania is our focus.  A Professional Geologist will handle every aspect of your assessment.  We understand that time savings and experience-backed problem solving add to your bottom line just as effectively as a good price.  We can provide flexible turn-around times and innovative solutions with very little overhead.

Generally, under the federal Comprehensive Environmental Response, Compensation and Liability Act (CERCLA), purchasers and lessees of environmentally contaminated properties were historically jointly and severely liable for the contamination associated with the property unless they performed “all appropriate inquiry (AAI) into the previous ownership and uses of the property consistent with good commercial or customary practice” and had no reason to suspect the property was contaminated.  The purpose of the Phase I ESA was to meet the “all appropriate inquiry” requirement to qualify for CERCLA liability protection.  Any property purchasers seeking the CERLA liability protection must conduct AAI prior to taking title in order to raise a defense as any of the following: innocent landowner; contiguous property owner; or bona fide prospective purchaser.

Congress’ Statutory Language for Mandatory Components of “All Appropriate Inquiry”

Pennsylvania’s Land Recycling Program encourages the recycling and redevelopment of old industrial sites (Brownfields).  It sets standards, by law for the first time, that are protective of human health and the environment, but which consider future use.

Act 2 of 1995 is the Land Recycling and Environmental Remediation Standards Act.  This act is the primary law establishing the Land Recycling Program.  It creates a realistic framework for setting cleanup standards, provides special incentives for developing abandoned sites, releases responsible parties from liability when cleanup standards are met, set deadlines for Department of Environmental Protection (DEP) action and provides funding for environmental studies and cleanups.

The four cornerstones of the Land Recycling Program are uniform cleanup standards based on health and environmental risks, standardized review procedures, release from liability, and financial assistance.  The three types of cleanups are background, Statewide health, and site-specific.

KCE’s approach to the Land Recycling Program is to provide the scientific services required by Act 2.  Although the legislature passed Act 2 into law, scientists (including geologists, chemists, engineers, and toxicologists) established detailed framework for the law and corresponding regulations.  At KCE, we provide our clients with the scientific services to efficiently “close” the project to obtain an Act 2 Release of Liability regardless of whether the contamination consists of petroleum hydrocarbons, heavy metals, chlorinated solvents, polychlorinated bi-phenyls (PCB’s), or pesticides and herbicides.

Regulated underground storage tanks (USTs) fall under Pennsylvania’s Land Recycling Program.  The Storage Tank and Spill Prevention Act (Act 32 of 1989, as amended) and the Corrective Action Process regulations (25 Pa Code Chapter 245.301-245.314) established release reporting and corrective action requirements for owners and operators of regulated aboveground and underground storage tanks and other responsible parties.  The CAP regulations include requirements for confirming or disproving suspected releases; reporting releases; determining the extent of soil, sediment, surface water and groundwater contamination; taking necessary actions to abate risks to human health and the environment; taking steps to prevent further migration of the released substance into the environment; restoring or replacing affected or diminished water supplies; and storing contaminated soil at the site of the release.

All owners and operators of aboveground and underground storage tanks regulated under Act 32 and other responsible parties must comply with the CAP regulations. Furthermore, the CAP process applies to releases from regulated tanks for which remediation was initiated on or after August 5th, 1989, the effective date of Act 32. Any release for which remediation was initiated before August 5th, 1989, must follow the Act 2 process. Since Act 32 and the CAP regulations do not provide cleanup standards, Act 2 cleanup standards must be used.  Therefore, KCE’s knowledge of Act 2 provides our clients with an advantage over most underground storage tank specialty contractors.

Currently, the Underground Storage Tank Indemnification Fund (USTIF) has approved over 200 Pay for Performance cleanups in Pennsylvania.  The pay for performance concept consists of a bidding process where the winning contract is awarded based on a “fixed fee” contract versus a typical “time and materials” contract.  A pay for performance contract rewards the winning consulting firm for reaching predetermined cleanup criteria quickly and efficiently.  In turn, the property owner does not suffer through years of remediation, change orders, escalating fees, and potentially running out of funding for the project.  KCE welcomes all bid invitations at pay for performance projects.

Sinkholes are a common, naturally occurring geologic feature and one of the most obvious landforms throughout Northampton and Lehigh County, Pennsylvania. Sinkhole collapse poses hazards to property and the environment. It is often important to be able to evaluate the risk of sinkhole collapse for a specific site, for insurance purposes, for pre-purchase evaluation, for land planning purpose, and for development of the site. Even after a road or a building is in place, such a risk analysis can help determine whether the ground may collapse.

Subsidence is the sinking or collapse of a portion of the land surface. The mechanisms of collapse, and sometimes the conditions existing before the collapse, result from natural physical processes. Groundwater facilitates ground collapse through dissolution of limestone and other carbonate rocks. These rocks are nearly insoluble in pure water but are readily dissolved by carbonic acid, a common constituent of rainwater. The weathering attack occurs mainly along fractures and other partings and openings in the carbonate bedrock. The resulting features include caves, sinkholes, and karst topography. In many cases the conditions leading up to a subsidence event are exacerbated or even created by human actions.

A sinkhole is a large dissolution cavity that is open to the sky. The formation of sinkholes can be due either to the sudden wholesale collapse of the roof of a cave or by a more gradual downward movement of unconsolidated material into an open, chimney-like passageway. The downward movement of material eventually leaves the roof materials unsupported; surface fractures begin to develop and the roof eventually collapses.Sinkholes are enlarged whenever groundwater levels are high, but the pressure of the water in the caverns and passageways helps support the weight of the overlying rocks. Collapse results from the lowering of the water table due to drought and/or excessive pumping of water wells which leaves underground spaces and passageways unsupported, facilitating the collapse of the overlying rocks.

The terrain that is characterized by the presence of caverns and sinkholes is called karst topography. The most common type of karst terrain is sinkhole karst, a landscape dotted with closely spaced circular collapse basins of various sizes and shapes. Several factors control the development of karst landscapes:

New sinkholes are widely viewed as random, unpredictable geologic phenomena. However, KCE’s experience suggests that the general probability of having one sinkhole develop is dependent on the area of the site, new sinkhole distribution and the sinkhole size. KCE’s staff of licensed Professional Geologists perform sinkhole risk assessments in karst using qualitative analysis based on physiographic, geomorphic, geologic and hydrogeologic information. 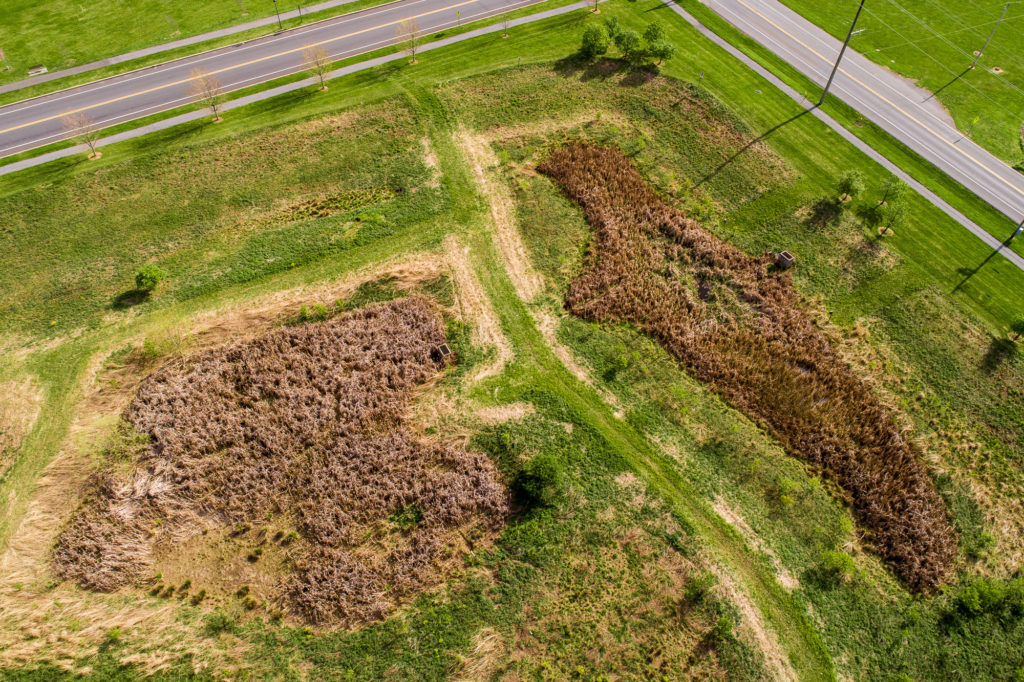